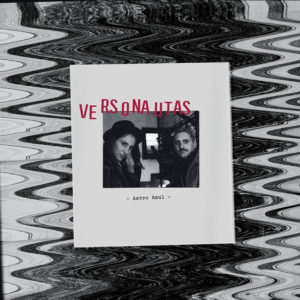 Astro Azul, like all creation, comes from that unknown, dark and sincere place that inhabits us all. An entity that dictates whispered messages that eventually take shape. Every experience has a culminating moment that gives way to a new paradigm. We are born out of nowhere and continue to be constantly reborn resulting in numerous metamorphoses. On that constant origin, on the molds that break like imaginary wombs and on a starting point that can be a birth, a paradigm shift or a transformative beginning, speaks Astro Azul. Pianos, trumpets, sung and recited voices, synthesizers and effects like bird claims, merge in this duet project.

Astro Azul is a conceptual album, it is a text made music, it is an intimate catharsis, it is a ceremony invented through spoken word, sound experimentation, spoken song, electronics and performance.

Astro Azul, as a record album, is produced by Pablo Martin Jones and mixed and mastered by Carles Campi Campón, both with Latin Grammy Awards for the production of Jorge Drexler “Salvavidas de Hielo” album. The album also has the collaboration of artists such as Drexler, Sílvia Pérez Cruz, Raúl Rodríguez and Chipirón de Cádiz